The Science of Touch in Experiential Marketing 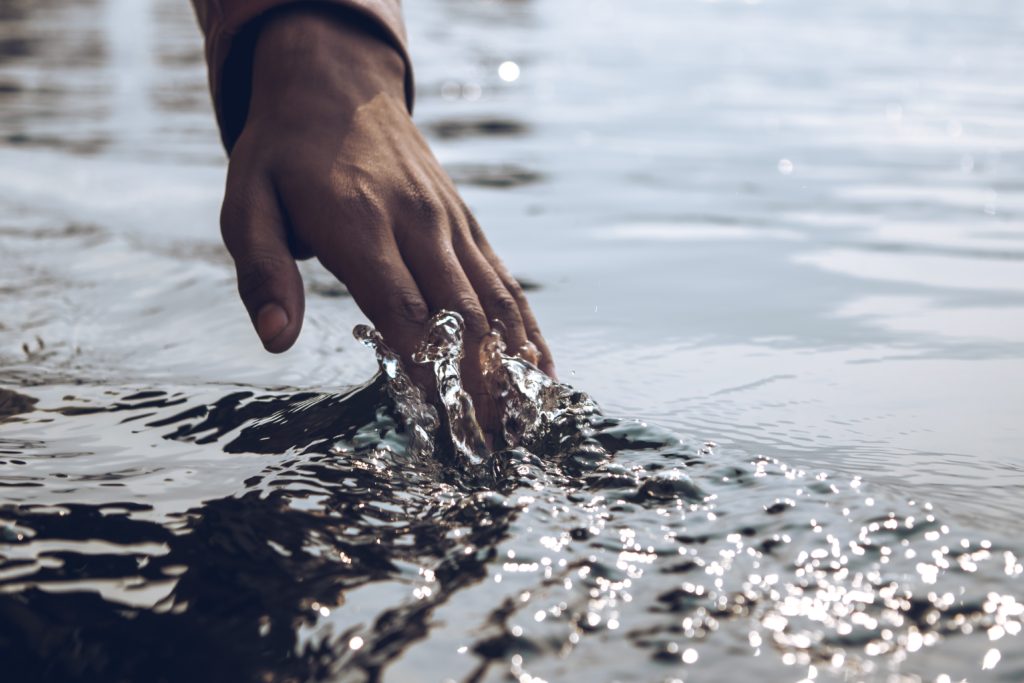 Touch is one of the most basic ways to interact and connect with the environment around us. When consumers touch and feel physical products, it helps them evaluate and associate the product with quality. The feel of a brand can extend beyond just a product – it could include packaging or a branded experience.

Touch in experiential marketing is a primary tactile interaction you can design for someone. Bonus, touch is rather easy to add into your experience.

“There is a relationship between touch and the emotional centers in the brain, helping us make decisions and remember details about tactile experiences that we find pleasurable and ones that aren’t so pleasurable,” writes Claire Heffron of The Inspired Treehouse.

Touch is reciprocal in nature. You can’t touch something without also feeling touch. That’s why touch fosters relationships between parent and child, teammates, couples. Why not brands?

As you design a branded multi-sensory experience, touch is definitely a sense you want to incorporate.

There is science behind why touch matters.

In 2009, DePauw University psychologist Matthew Hertenstein developed a research project in which participants attempted to communicate a list of emotions to a blindfolded stranger solely through touch. Eight distinct emotions — anger, fear, disgust, love, gratitude, sympathy, happiness, and sadness — were expressed with accuracy rates as high as 78 percent.

Similar studies in various countries have produced the same results, showing that we are wired to interpret touch. Another study in 2012 involved heterosexual males who were shown a video of a man or a woman touching them on the leg, as they were being touched on the leg physically. Not only did the men say that the woman’s touch was more pleasurable, brain scans revealed that a part of the brain called the primary somatosensory cortex responded more sharply to a woman’s touch than to a man’s.

That the activity of the primary somatosensory cortex varied depending on whom the men believed was touching them suggests that the emotional and social components of touch are all but inseparable
from physical sensations. Scientists previously thought that touch merely enhanced verbal communication. Instead, it is a sophisticated way to directly communicate emotions.

Rick Chillot writes in Psychology Today’s The Power of Touch, “More recent studies have found that seemingly insignificant touches yield bigger tips for waitresses, that people shop and buy more if they’re touched by a store greeter, and that strangers are more likely to help someone if a touch accompanies the request. Call it the human touch, a brief reminder that we are, at our core, social animals.”

Even when the participant didn’t remember being touched, when they were touched by someone, they claimed to feel a stronger connection with that person. They liked them more. 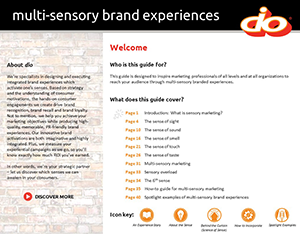 Reach your audience through multi-sensory brand experiences which activate the senses to promote stronger brand-to-consumer connections.

There are many ways to create a touchy-feely moment for consumers.

Your experiential marketing should include hands-on activities. It could be a branded game, designing your own swag to take home or any activity where the consumer has tactile control. You can incorporate visual design with texture – design that’s made to be felt. Bursts of air or drops of water can add to the physical sensations one experiences as they participate at your live event.

Other hands-on activities might be to involve a customer in creating a piece of art, assembling a life-size puzzle, playing a board game, learning how to scratch at a DJ station or learn how to mix and shake their favorite cocktail. Anything that invites your participants to do something with their hands is a great way to engage them!

Studies have shown that students learn best when learning is active, or kinesthetic learning. So why would learning about a brand be any different? Hands-on, tactile engagements can transfer your message perfectly.

That’s why touch in experiential marketing shouldn’t be overlooked.

Brand-in-hand campaigns are not new or revolutionary. Sampling is a popular campaign request. But even brands with intangible products should consider the power of tactile engagements. Touch in experiential marketing is important for many types of brands and companies.

Touch in experiential marketing gives a consumer the chance to feel, literally, your brand in their hands.

Let’s touch more on tactile experiences when you give us a ring. Until then, download our free guide to multi-sensory brand experiences. It’s loaded with real examples of touch-based activities and touches all of the other senses, too.