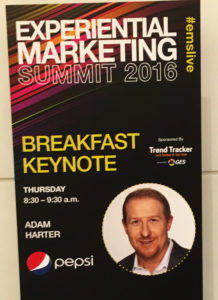 In today’s marketplace, it is clear that brands can’t just “advertise” to the masses anymore. The number of impressions, GRPs, CPMs and other quantitative metrics once determined ROI but not anymore. To connect with a changing generation of consumers, brands must embrace a new marketing strategy driven by a much more effective platform: experiences.

Experiential marketing, which uses face to face engagements to connect with people, create relationships and drive brand loyalty, has become the fastest growing form of marketing in the world. Being able to hear how some of the best brands have navigated this space and share with other marketers during the Experiential Marketing Summit was inspirational. I realized that even though many of us in attendance are competitors, we are all thinking partners. Dan Hilbert of GES, stated it perfectly in his introduction of Pepsi’s keynote speaker when he said, “We have passion and compassion for consumer experiences and a way of working that is no longer competitive but integrated. The new way of working is together.” 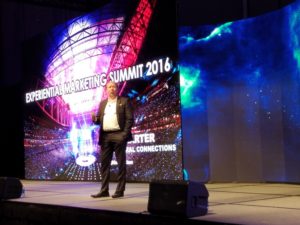 Pepsi’s VP of Cultural Connections, Adam Harter, delivered a very cool keynote address to the crowd that was both transparent and informative. He admitted that Pepsi was missing the mark terribly and had to change in order to be relevant and connect with consumers. “Culture eats strategy for breakfast. We live in a world of explosive change and connectivity. Ninety five percent of the world’s data was created in the past 3 years. This is both exciting and scary at the same time.” 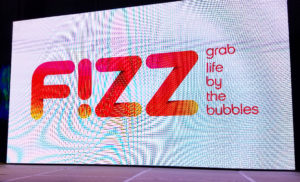 He now feels Pepsi is changing the soda industry as we know it today. Consumer experiences led to the new business model in the beverage category – F!zz. Harter shared these 5 guiding pillars at Pepsi: 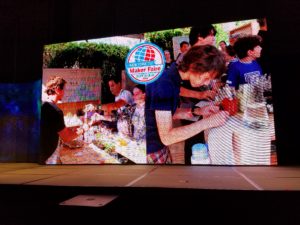 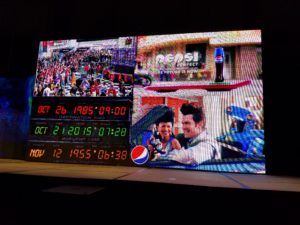 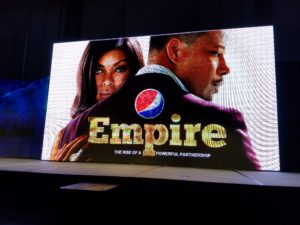 Harter challenged the group, “Take a look at the experiences our brands are providing to the consumer and if it is not going to send chills down their spine, take a step back and challenge your teams to unleash their creativity.”

I highly recommend a book given to us at the Experiential Marketing Summit that will be a wonderful guide to marketing in today’s consumer controlled economy: Experiential Marketing by Kerry Smith and Dan Hanover. Gone are the days of traditional mass media! This book dives into the habits of experiential brands, integrating digital and social media with experiential and the anatomy of a brand experience. Enjoy!