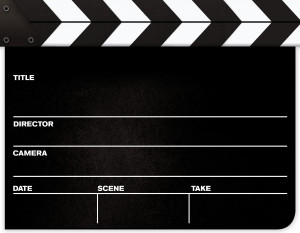 Have you ever stood around the water-cooler recounting the story lines from the previous night’s prime time? If your business is marketing for hit TV shows, you understand how audiences get connected to the characters and the stories in a very personal, often passionate way. They even become a show’s advocate. They tell their friends about the show, their friends tune in, their friends tell more friends about the show and soon enough, there’s enough people around the water-cooler excitedly chattering about what’s happening in the fictitious neighborhood that HR is definitely going to notice.

Now imagine this. One of those water-cooler lingerers says, “I actually experienced the show!” Now everyone’s attention is piqued; their social media posts are going wild and even more fans are flocking to see what this show is going to do next.

Not only is this show a great source of entertainment but now people recognize that the show uses kick-ass marketing tactics to really earn someone’s viewership. I’m talking about using experiential marketing. If you’re promoting a TV show – whether it’s a series premiere that you need to get the word out about or a fresh new season that you need past season fans to get ready for – experiential lets you put the audience into an experience that makes them feel like the stars of a show. Even if the experience only lasts a minute, it will be a memory they’ll want to share over and over again.

Because the entertainment industry is famous for producing emotional connections with their audiences, experiential marketing can be a great alternative to static traditional advertisements, because it can really create powerful connections with a viewer in ways other advertising can’t.

The marketing itself can become a part of the show’s appeal, its glamour and even how people perceive the show’s total value or its relevancy in the world. Plus, curiosity is a great hook for captivating audiences, so the more people are talking, the more people will be interested enough to check it out. After all, you’re in the entertainment industry. Any smoke and mirrors are fitting. Lights, camera, action; make your red carpet debut with a PR stunt.

Here are some examples of how TV shows have gotten a lot of attention by creating experiences that tie directly into the show’s themes and forge relationships with committed series-long viewers.

Fright and panic invade, as the non-dead lurk below the city streets of New York.

These interactive windows transport passersby to the show’s era in a unique and memorable way.

Teams of ten are locked into a room and must work together to dig themselves out to freedom. For fans who want to participate outside of the physical events in key cities, an online game gives them a great way to interact with the show’s branding.

What type of experience would put viewers into a scene of your show?