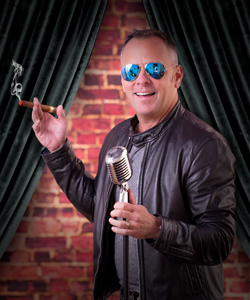 One of the company’s co-founders, Regis is our high-voltage motivator, keeping everyone around the office and in the field fired up and rarin’ to go. This guy’s always powered to on, and his passion for non-traditional marketing invigorates everyone he talks to. Regis oversees new business development and client relationships, making sure the experiential campaigns we’re running are producing smiles as well as measureable results. He has been named a Top 40 Under 40 and an Entrepreneur of the Year, noting his status as an innovator in the industry. He travels extensively and is the visionary for the firm: he’s the big picture guy. When Regis isn’t leading cheers in our conference room, he’s enjoying family time with his wife, son and daughter. His dedication to the community through non-profit work also proves that Regis has a big heart and is just an all-around nice guy. Hailing from Pittsburgh, Regis was named an Alden Scholar and earned his B.S. in Economics from Allegheny College.

Send a message to Regis Maher